The Best Ways To Protect Kids’ Teeth At Christmas 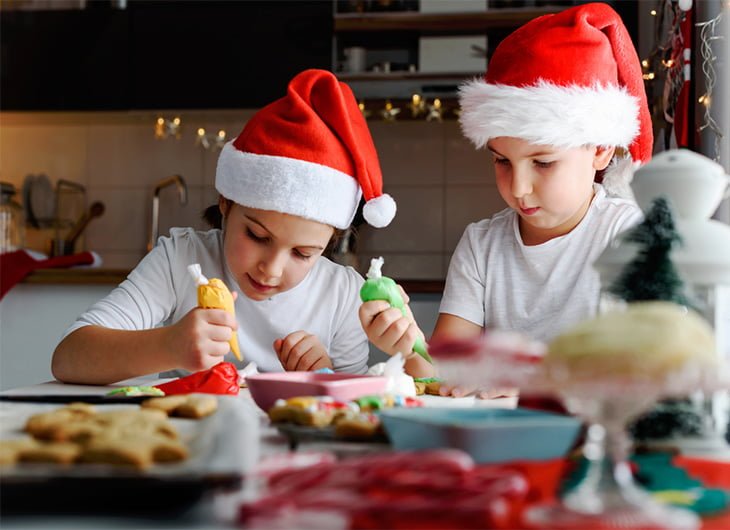 Children’s health is actually improving year by year, according to the experts. That’s fantastic news for parents everywhere – not to mention the kids themselves! But that doesn’t mean we should rest on our laurels. Far from it; in order to keep up momentum, we should be paying more attention to our children’s oral health than ever. Particularly at Christmas, with its abundance of sweets and chocolates. Don’t worry though – here on the blog this week at AP Smilecare, we’re looking at the best ways to protect your kids’ oral health.

Your Children’s Oral Health At Christmas

It might not necessarily have occurred to you, but to some extent you might already encouraging good oral health habits at Christmas – in addition to your normal efforts, we mean! By letting children enjoy sweets on a particular day of the year, you’re encouraging the idea that they’re treats to be savoured once in a while, rather than the normal order of the day.

Now, we know there will be some pushback to this idea from the children themselves, but it’s worth not letting them get stuck into every pack of sweets right away on Christmas morning, especially if they’re very young. Instead, let them pick a few of their favourites and save the rest for a later time in the day. This doesn’t mean we’re suggesting you hold their sweets hostage! Instead, just set a specific time of day for them to eat their Christmas treats, and make sure there’s a limit to the number of these special times each day. This again reinforces the idea of sweets as treats, which in turn encourages the formation of good oral habits around Christmas.

Toothbrushes need to be replaced once every three to four months, or when the bristles get splayed. With that in mind, it might be a good idea to give your child a small extra present at Christmas, in the form of a new toothbrush featuring their favourite characters or colours. This helps them to form an attachment to their toothbrush and (if you’re lucky) even an excitement about it, which then makes brushing time less of a chore for you as a parent.

Speaking of brushing time, kids should be brushing their teeth for two full minutes every night and at least two full minutes each morning, too. (Setting novelty timers, or playing their favourite song can help make brushing even more fun, and make the time go faster.) We recommend keeping an eye on their brushing until they’re at least six years old, to ensure that they’re definitely doing it correctly.

Finally, the same rules apply for children as they do for adults – when it comes to sugary sweets and drinks, eating them at mealtimes rather than at separate points of the day can help minimise their harmful effects. (We produce more saliva at mealtimes, which is our body’s natural defence against acidic or sugary effects.) As we said, no doubt that some of these ideas may take longer for some children to get used to than others, but it’s definitely worth persevering!

Here at AP Smilecare, we’re dedicated to helping keep your smile looking amazing. You can book an appointment by popping into our Blackburn dental clinic in person, or giving us a call on 01254 297 000.

← Do Christmas Tipples Affect Your Teeth? 4 Ways That Dry January Is Great For Your Teeth →