Blackpool’s fluoridated milk scheme: All you need to know 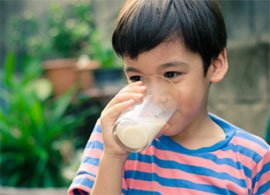 Blackpool Council is considering plans to introduce fluoridated milk into its free breakfast scheme. In a bid to reduce the risk of tooth decay, more than 8,000 children in the area would have access to fluoridated milk as part of their breakfast at school. This scheme is one of the many initiatives being taken across the UK to improve kids’ oral health – but with new initiatives comes uncertainty, especially if you’re not aware of all the facts. In today’s blog we’ll be telling you all about the good and the bad, allowing you to decide whether you want to opt in or out, should the scheme come into effect.

Each year around 400 children in Blackpool have their teeth taken out under general anaesthetic. In fact, nearly half of all twelve year olds have at least one decayed, missing or filled tooth. Factors such as high sugar and acidic diets have a role to play here, which is why we’ve been promoting alternatives to sugary foods on our blog. You can find out more here.

A study last year also showed that children in Blackpool have lower than normal levels of fluoride in their bodies. The mineral, which is found in water in varying amounts, and in toothpastes, can help prevent tooth decay. Blackpool’s water is relatively low fluoride in comparison to other cities across the UK, which is why the council is considering adding fluoridated milk to the free school breakfast scheme. What’s more, it would be at no extra cost to the taxpayer. The scheme will be available to all primary school children but parents will have the option to opt out if they wish.

While fluoride has been proven to be beneficial to teeth, and help prevent tooth decay, some are not to enthusiastic about this new initiative. There is some evidence that suggests it could increase the risk of other heath issues including:

It’s also important to remember that the fluoridated milk wouldn’t contain excessive amounts of this mineral. Instead, it would raise fluoride levels to meet those of other cities, which have higher fluoride levels apparent in their running water.

If you have any further questions or concerns about fluoride, don’t forget that you can have a chat to your dentist at your next appointment. To make your bi-annual appointment, get in contact with us today on 01254 297 000.

What are your thoughts on the addition of fluoridated milk to Blackpool’s free breakfast scheme? Are you worried about its risks? Tell us in the comments below, or tweet your thoughts to us @APSmilecare