Tooth and Gum: Are You Brushing Your Teeth Effectively? 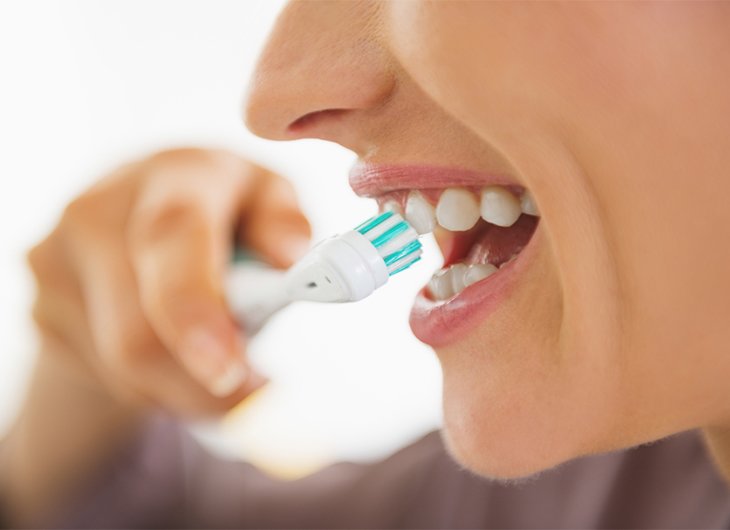 We’re under no illusions here at AP Smilecare – we know you know how to brush your teeth. This post isn’t about explaining the obvious to you, but is instead meant to give you a bit of insight behind the scenes; giving you a few little hints and tips about brushing that can help keep your teeth at their cleanest, as well as a few quick explanations about why these methods work. So without further ado, let’s get right into it!

The Right Tools For The Job

Obviously, your primary tool for your teeth-cleaning is your toothbrush. Although we’ve all got one, it might not be doing the job properly. It’s not the most exciting task ever, we know, but it’s a good idea to examine your toothbrush regularly. Are the bristles still soft? Softer bristles are far more effective at fitting between the gaps in your teeth, getting all those food pieces and plaque from in between the tricky corners. Bent or flat bristles won’t clean your teeth nearly as effectively, allowing plaque to build up. Not only that, but they can scratch your gums, making them susceptible to infection – not something any of us want! For this reason, it’s important to replace your toothbrush every three to four months. It’s vital, too, to use fluoride toothpaste – fluoride is a nutrient that naturally strengthens your teeth, slowing down and even reversing tooth decay.

Getting Down To Business When Cleaning Your Teeth

It’s common knowledge that we need to brush our teeth twice a day. Some people prefer to do so after every meal, which is even better – but not too quickly afterward. Foods can leave acid on your teeth, which they’ll need time to process before you get to brushing, otherwise you could damage them. Waiting half an hour or so is generally agreed to be the optimum time.

While brushing, hold the toothbrush at a 45-degree angle to your gum line. Though a lot of people hold it parallel, this makes it harder for the bristles to cover the whole surface of each tooth. Meanwhile, hold it vertically to brush the exterior and inner tooth surfaces (the tongue-side ones). It’s important to alternate: the back and forth movement helps loosen the food particles, while the vertical brushing makes the movement easier on your gums.

Try not to scrub away with undue force – while this works when cleaning windows and floors, excessive force not only damages the bristles on your toothbrush (which we’ve talked about above), but also irritates your gums and can wear away your tooth enamel, both of which contribute to more sensitive teeth in the long run. Instead, focus on being thorough, concentrating on two teeth at a time for a total of at least two minutes. Also, make sure you brush your gums – bacteria often nestles at the point where your teeth meet your gums, so it’s important not to neglect this area. Likewise your tongue, as it can be a similar breeding ground for bacteria.

Consider Yourself Brushed Even With Mouthwash

Once you’re done, use water to briefly rinse out your mouth. This is the point where many people use mouthwash, but the best time to do that is actually before you brush your teeth – otherwise all it’s doing is washing out that all-important fluoride. Meanwhile, using mouthwash beforehand will help you loosen up those food particles, so your toothbrush can get in there and get the job done.

Your diet also plays a big role in how you brush your teeth, and cutting down on sugary snacks can be hugely supportive of a good brushing regime. You can read more here about the best ways to care for your teeth, or contact us to book an appointment today!

← Sweet Places To Work: The UK’s Office Cake Culture Age-Old Issues: Looking After Our Teeth In Our Twilight Years →