Oral Microbiomes – What Bacteria Lives In A Human Mouth? 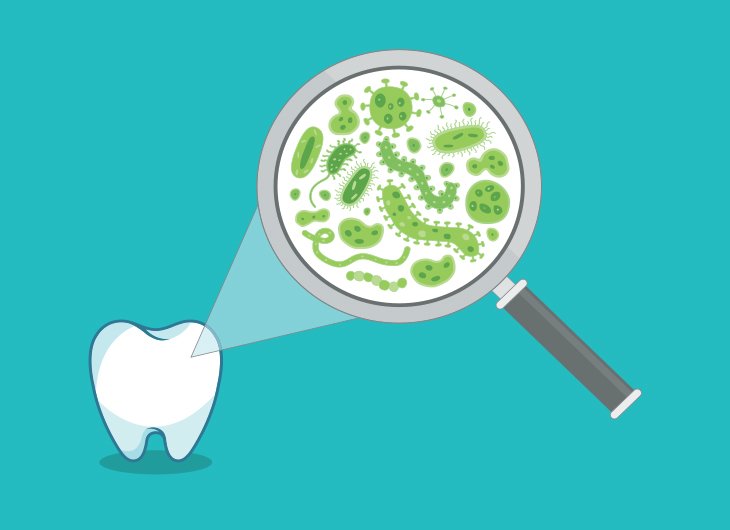 Our mouths are fascinating places. Sounds odd, doesn’t it? But it’s true! Scientists refer to our mouths as ‘human oral microbiomes’, which is basically a scientific way to say that there are literally millions of bacteria in there; a single mouth is home to 6 million bacteria. (For reference, there are only 7 billion humans on the entire planet!) And that’s not all bad bacteria, but good ones too, which do a whole lot of good for your mouth completely on their own. Good oral health isn’t so much about eliminating all bacteria, then, so much as it’s about giving the good ones the chance to thrive.

The good news is that in a typical mouth the bad bacteria is far outweighed by the good stuff. However, their populations can become too great to handle if your oral hygiene isn’t good enough. Consuming excessive amounts of sugar, not brushing or flossing, or just plain neglecting your teeth in general can all cause your bad bacteria to build up, potentially causing issues like tooth decay, gum inflammation and even tooth loss. The ones we already know about include Streptococcus mutans (which feed on sugar and produce enamel-eroding acids), Tannerella forsythia, F. nucleatum and Porphyrmonas gingivalis. Porphyrmonas gingivalis isn’t normally present in a healthy mouth, but when it does appear it’s always bad news. It’s strongly linked to gum disease, affecting the tissue and bone that hold your teeth in place. If that sounds scary, it is! The good news is that it’s fairly easy to avoid if you practice good dental hygiene.

Now that we’ve got the unwelcome ones out of the way, we’ve got some good news for you – there are a veritable ton of good bacteria that actively fight the effects of their counterparts. They’re called probiotics, and their beneficial effects are tangible. They inhibit plaque formation, reduce gum bleeding, freshen your breath, and whiten your teeth – and that’s all while fighting off the growth of harmful bacteria that cause bad breath and tooth decay, among other things. You can find probiotics in toothpaste, mouthwash, tablets and sugar-free gum, but also in more naturally occurring things like yoghurt, cheese, miso and other dairy products. The good bacteria we know about so far include S. oralis, S. sanguinis and Neisseria subflava. OK, we admit; they’re not terribly catchy names, but there’s no denying the positive effects they have on our teeth and gums.

And That’s Just The Beginning…

Modern science may seem very advanced, but the fascinating thing is that really, relatively we’re only just beginning to find out about bacteria. There are at least 700 other strains of bacteria that live in your mouth that are neither helpful nor harmful – at least as far as we know. Scientists reckon that humans only know about 1-10% of bacteria that exist, so we’ve got a long way to go yet! In the meantime, it’s quite easy to encourage the growth of good bacteria and inhibiting the bad, simply by practicing good oral hygiene.

You can find all about our dentistry treatments or call us on 01254 297 000 to book an appointment today!