Why Is Sugar So Addictive? 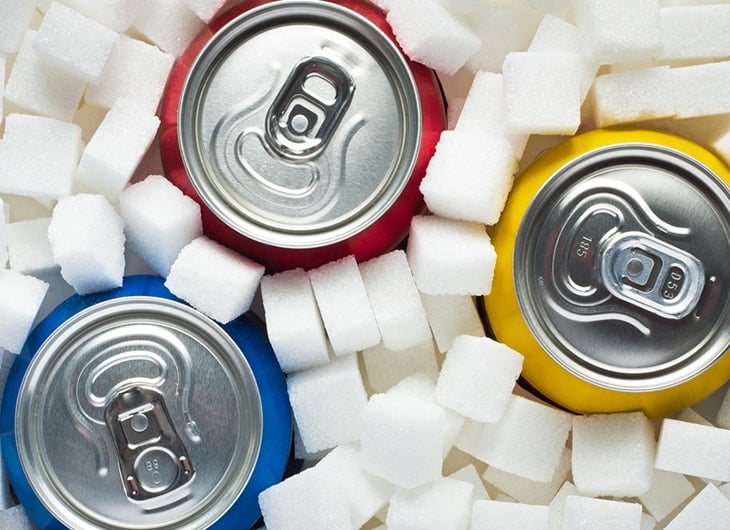 The phrase ‘addicted to sugar’ is so common that we’ve probably all heard it at least two or three times before. Maybe when we do, we roll our eyes a little bit. Of course we know that being addicted to sugar isn’t the same as serious addictions, like alcohol, or drugs. Or…is it? Actually when we take a closer look at their effect on us, it’s actually surprising how much they all have in common.

It’s a bold statement to start with, definitely, but bear with us while we explain it! Sugar is what’s known as a ‘hyperpalatable’, which means it stimulates pleasure centres in the brain in a way that not all foods do. When we eat sugar, it triggers a release of dopamine in our brains. Dopamine is a chemical associated with a couple of things, but one of them is ‘pleasurable reward’. So by eating sugar, you’re quite literally rewarding yourself. Cocaine and nicotine are two other things which have this sort of effect on us, by the way. The thing is, if this happens a lot in a short amount of time, we build up a resistance and less dopamine gets released. That means we have to eat more and more of it to achieve the same effect, which can obviously have a devastating effect on our teeth and gums. Meanwhile, if we try to cut down on it, our bodies go into withdrawal symptoms. Yes, seriously! Are you seeing the patterns with addiction yet? Sugar might not be as immediately destructive as drugs like cocaine and heroin, but it follows the same basic format in terms of the effect it has on us.

This is another interesting point – when we eat sugar, it prompts a release of serotonin, which can temporarily boost our mood. Scientifically speaking, then, chocolate does actually help after a breakup! But that’s also another thing to watch out for, as some people then reach for sugar as an artificial means to cope with stress or loneliness, becoming another way in which addiction can develop.

Sugar is a high-calorie food, and back when we were still living in caves, high-calorie foods could literally make the difference between life or death. This means we’ve naturally evolved with a sweet tooth. (Although it goes without saying that our dental health wasn’t exactly amazing back then.) Our sense of taste has also evolved to crave stuff like salt and fat, both food groups which were again vital to survival. Fast forward to today, and modern medical studies have found that newborns almost always prefer sweet foods over others. Kids do too – as you’ll sadly already know if ever you’ve had to clean up your child’s aftermath of too much birthday cake.

Cutting Down On Sugar

The dangerous thing with sugar is that unlike other foods, our bodies have trouble telling when we’ve had enough. They don’t trigger the same sense of fullness as most food, which makes it easier to stuff yourself to the point you do indeed feel ill. Scientists reckon that sugar shouldn’t make up more than 10% of the daily energy we get from food, so for men that translates to about 70g per day and for women it’s more like 50g. (We have a rough deal, ladies!)

If you have trouble dealing with sugar, cutting it out of your diet for about two weeks will be enough time for some of the withdrawal symptoms to go down, saving your teeth a lot of damage in the long run. For other tips and tricks on how to break your budding sugar addiction, we have some handy techniques in our blog on how to keep up New Year’s Resolutions. Why not check it out? If you need any immediate advice or an emergency dentist in Blackburn, you can always call us on 01254 297 000. We’re here to help.

← How Can Dentures Improve Your Life? The Best Tooth-Friendly Snacks →